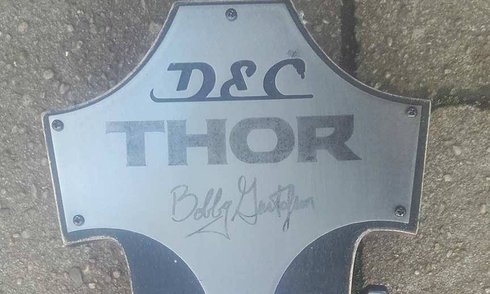 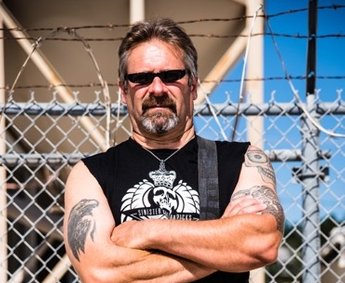 The Hammer Of THOR

Bobby Gustafson. Aka The GodFather Of Thrash, a moniker he proudly accepts. The main writing and creative force behind metal legends Overkill. Responsible for the classic sound in the bands early years. With a distinct style of playing and a guitar sound that increased in intensity and thickness with each album.

Being endorsed over the years by some of musics elite companies. He now has settled in on guitar with D&C Metal Body Guitars.

Satans Taint is a new band from Florida featuring the “Godfather of Thrash Metal” guitarist Bobby Gustafson (Overkill). Formed in 2014, the band unleashes an all-out war on the senses with razor-sharp riffs and a distinct Nordic influence. Accompanied by a stellar lineup of both local and international players; The result is pure, heart pounding metal. The band released its studio album “Axe to the Head of my Enemies” in 2017.

D&C Custom Guitars uses functional, analytical and marketing cookies to keep our website functioning correctly and to provide you with personalized advertising. When you click on OK, you give permission to place all these cookies. If you prefer not to have marketing cookies, you can simply close this message.